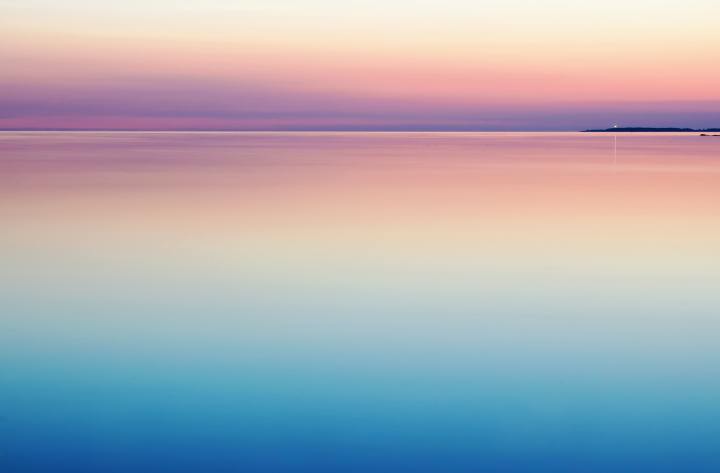 A few years ago I started going to therapy to figure out how to get my boyfriend to stop abusing me. I wasn’t the person in that relationship who most needed therapy, but I still needed it, and I was the person who was willing to go.

Anyway, even though my stated purpose for being in therapy was to deal with this specific situation, I found myself talking about work all the time. Good news for me: All of my issues were intertwined. I was letting a man control me through temper tantrums and gaslighting because I believed that, somewhere along the way, I had lost the right to manage my own life. And I had lost that right because, in my mind, I had become incompetent.

I spent my late twenties Doing All The Things. I had a high-stress job as the board liaison at a major performing-arts nonprofit, was an award-winning volunteer with multiple concurrent leadership roles, and had worked my ass off to gain admittance to a top MBA program. Every second of my day was accounted for and documented in a series of to-do lists. I rarely reflected on anything–“Is this working? Whose dreams are these? What is all of this actually for?”–so I never noticed that I was absolutely miserable until my \ entire life came crashing down around me a week before I left for business school.

That’s a separate story, one I seem to prefer to work out by writing fiction—probably because, a decade later, the reality of it is still too awful for me to address outside of a therapeutic setting. But it’s also the preamble for the story I’m trying to tell here.

The achievement orientation I’d had since age six was destroying my life, and I was too busy polishing my resume and collecting accolades to notice. Having no white space in my calendar, being ruled by to-do lists, replying to every email and within hours of receiving it—all of it was an attempt to avoid looking at my lack of internal fulfillment. I spent so much time checking boxes that I had none left to consider whether any of the things I was accomplishing actually mattered to me.

I unlearned these patterns gradually, and then all at once. Slowly over the four or five years after I finished my MBA, and then suddenly in 2017, when my life burned itself to the ground. In the fall of 2016, I had left a good job that wasn’t a good fit for me to start what I thought was going to be my dream job. You can probably see where this is headed: Around Day 3, I realized I’d made a big mistake, but I felt like I needed to tough it out for the sake of my resume. It’s not worth getting into the details here, but it was the worst professional experience of my life. From the moment I walked in the door I was treated by senior leadership simultaneously like I was supposed to have all of the answers AND like I was too stupid to possibly know anything of value. By the time I was put on a performance improvement plan three months in, something had broken.

What had broken: my ingrained tendency to blame myself for everything that went wrong in my life. My belief that my life was irretrievably broken and that I would never be successful again. The identity I’d built around guilt and fear and anxiety. I looked around and saw a situation so dysfunctional that something finally clicked: This was not about me.

I used the month of my PIP to complete some of it, sure, but mainly to get started on my job search, all while using Eckhart Tolle’s The Power of Now audiobook to reprogram my brain. Anytime I found myself sitting at my desk at work freaking out about my impending job loss, I would listen to a few minutes of the audiobook to recenter myself. And somehow… it worked. By the time I left my job on February 1, I was in interview processes with seven other companies, and I strolled into my firing meeting like I had just spent a week at the spa. I felt like Ron Livingston in Office Space after he gets hypnotized.

In interviews, I was candid about the situation I’d just left, which I’m pretty sure runs antithetical to every piece of interviewing advice I’ve ever received. But again, it worked. Everyone I spoke with was intent on convincing me that if I came to work for them, I could expect a very different experience. By the first week of March, I had three job offers. I accepted one, received a surprise equity check from the job I’d left in the fall, and turned that into a quick trip to Copenhagen before my start date. I felt like I had opened a door and stepped over the threshold into someone else’s life.

Two weeks after I started my new job, my boyfriend (the one from paragraph one, above) left me, after I’d spent eight months unconsciously grey-rocking him out the door. There were feelings of abandonment and sadness and grief, but the relief I felt at getting out of that situation ultimately overrode all of it. When your best friend says, the day after your breakup, “I’m just glad you don’t have to deal with a crazy person anymore,” you are probably on the right path.

2017 should have been a bad year. Had these things happened at any earlier point in my life, that’s the story I would have told myself, and therefore that would have been the truth. When you tell yourself you’re a failure, and that you’ll continue to be a failure, it’s really hard to move beyond that mindset to do even tiny things to help yourself succeed. When you tell yourself something is challenging but livable, you both prepare for the challenge and expect to overcome it.

The irony is that once I let go of my need to accomplish things, I began accomplishing things. And ultimately it became clearer which things I did not give a fuck about accomplishing, which things were relics of a former identity that I’d taken too long to shed. Things I welcomed ten years ago—an onslaught of meaningless emails to respond to, a 25-item to-do list, meetings every night after work, anything that would have prevented me from having to examine my life—I want no part of now.

What I want instead: free evenings on my calendar, time to write and reflect, spontaneity, a brain that regularly shuts off so I can just be, work I love but rarely think about outside the hours of 9-6 Monday through Friday, no email on nights and weekends, the freedom to decide where my time goes and who I spend it with, zero fear about examining my life, fulfillment that comes from deep within me and cannot be altered by any external occurrence. I have most of it, and the rest is a work in progress.

One thought on “Are you sending rapid-fire emails and calling it a life?”